The Rwamda Dictatorship has been praised around the world and seen as a model of women empowerment in leadership. However, just like a fake piece of jewellery, the so called women empowerment is indeed a camouflage to defraud the international community, that Rwanda is ahead of everyone when it comes to women empowerment. The so called number of women in the senate that the Dictatorship tends to use as a showcase, are hand picked and turned into robots. They're very powerless to decide for themselves-they can't make decisions on individual basis, but go by the dictatorship script.

When women stand up and speak their minds, then they automatically become enemies of the state. We've had two case of women coming up to seek the highest office  in Rwanda, but the regime that claims to be the champion of women empowerment, has instead humiliated them both physically and psychologically. This was the case with Umuhoza Ingabire, Diane Rwigara,etc.

As the fake elections in Rwanda gets into full-swing, the people of Rwanda are celebrating-the celebrations are of two types; Its now official, the Rwanda Dictator Paul Kagame, has come-out clean and boasted of how, the electoral commission has always been his rubber stamp because the elections were won the day, the constitution was changed.

Meanwhile, the oppressed Rwandans are also celebrating to have formed a non-violent pressure group, called the People Salvation Movement(PSM), Itabaza for Kinyarwanda, and led by the former Presidential aspirant, Diane Shima Rwigara. 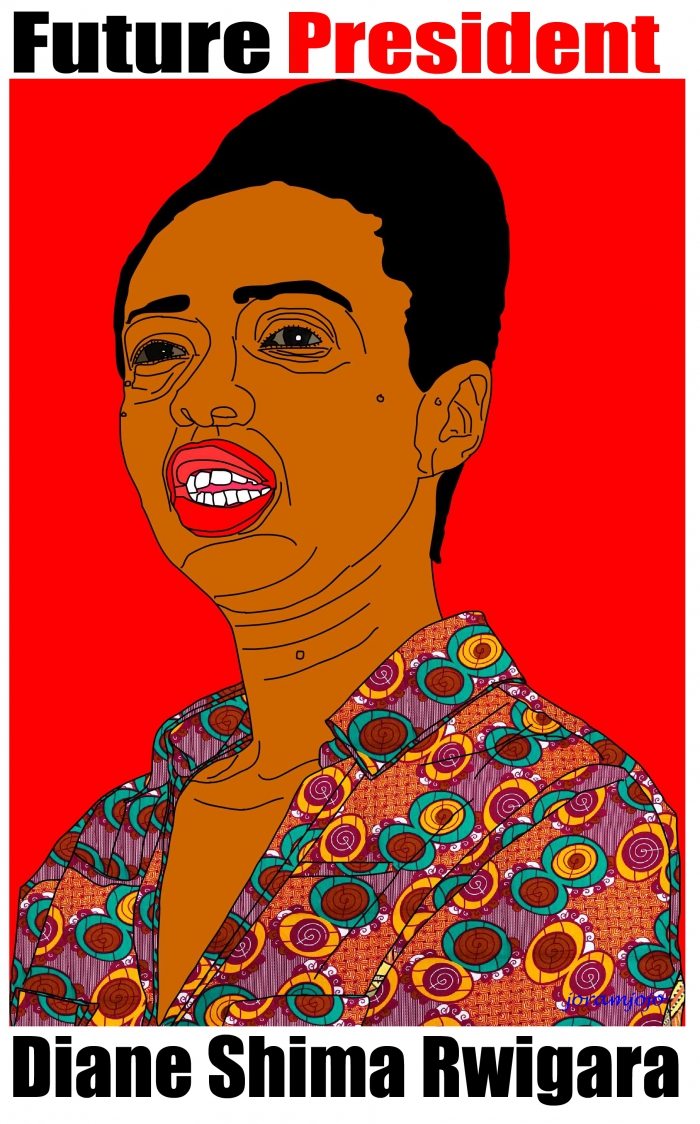 The three independent presidential Candidates cheated-out (by Paul Kagame’s electoral commission)Fred Sekikubo Barafinda, Diane Shima Rwigara and Gilbert Mwenedata, have made ordinary Rwandans very proud, and history will always be kind to them. 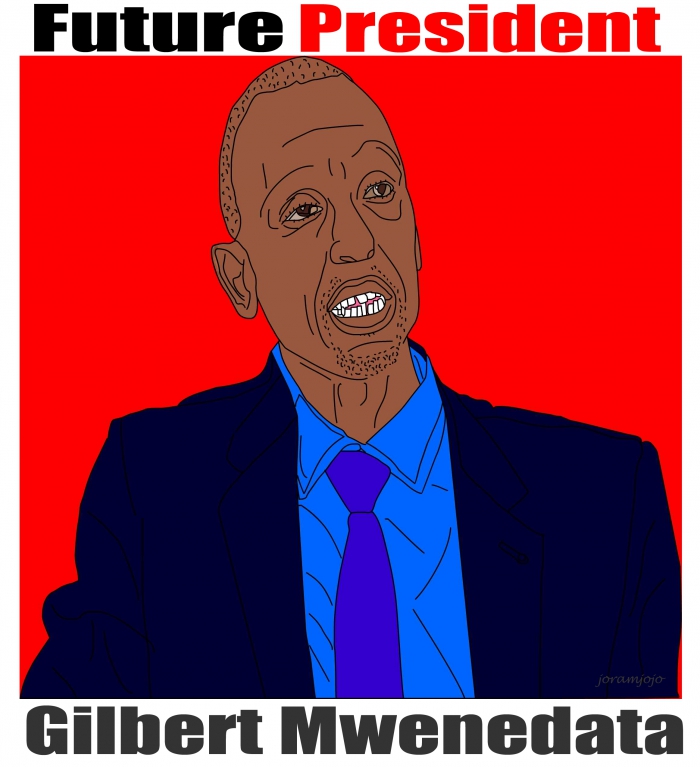 Thanks guys!! However, you should not swim in rejection, but use it as another stepping stone, to political advocacy in Rwanda and the region. To be frank, I took out time to intensively study your plans.  Though simple, but very applicable and its what Rwanda needs today, and not the RPF Ninja accounting and coercive governance. 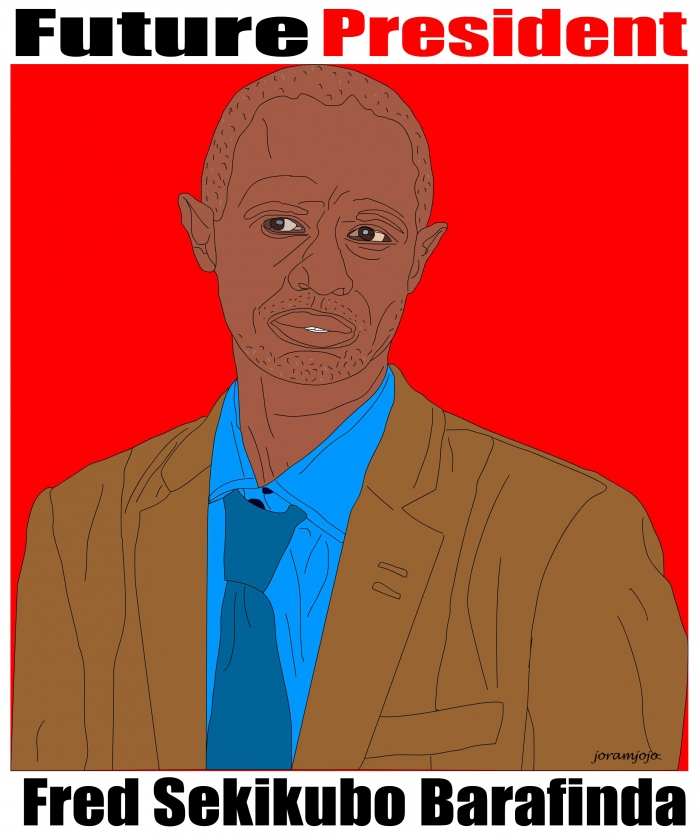 How did we get here??

As mentioned  in previous writings, the people of Rwanda by nature, love gossiping and Know exactly what has been happening in their country such as: Endless killings of innocent people, State violence and intimidation, Social inequalities-85% of Rwandans live in abject poverty, Food insecurity and endless extortion engineered by the regime through its coercive programs of growing one food crop- instead of a diversity of food crops as has always been the case for hundreds of years,

Malicious distraction and razing down of property that belongs to the most hardworking and vulnerable Rwandans, Ring-fencing of employment and wealth creation opportunities-foreigners are put before indigenous Rwandans, Chronic discrimination of Twa people and of course other Rwandans, Lack of accountability and arrogance by the oppressive leadership of Paul Kagame, Lack of Freedom of expression and assembly,White collar corruption, Militarisation of all institutions in the country, Foreign aggression and state sponsored terrorism in neighbouring countries, Diluting of Kinyarwanda culture-thus cleansing of Rwandan heritage and transplanting half-baked western culture in place, etc.

When you have the above as hallmarks of any government, then it becomes legitimate and a constitutional right to resist and fight that evil government.

Both Rwanda and international Contemporary historians, will remember 14th July 2017, as the day when the People Salvation Movement was born out of an oppressive regime to advocate for the oppressed majority of Rwanda. The People Salvation Movement(PSM)-Itabaza has already received tremendous solidarity among Rwandas both at home and diaspora. We know it won’t be a picnic- but that’s what struggles are all about….and nothing can defeat a well disciplined and organised populace.

WHY THE PEOPLE SALVATION MOVEMENT?

The Chairperson of the People salvation movement, Ms Diane Rwigara has made it clear that:

“The main problem in Rwanda is fear. It concerns not only the population, who dare not speak, but also the politicians. Everyone lives in a certain fright because the truth is not always good to say. I also decided to introduce myself because I have had enough of waiting for someone else to do it and speak on our behalf. Instead of waiting and lamenting, I decided to do it myself. “

She continues to say that;

“The freedom of expression I am defending is not one that would open the door to revisionism or negation-ism. It is not a matter of denying genocide, but of having the right to criticise, question and dialogue on the state of the nation without being considered “enemy” of the country.”

“Almost all aspects of our citizens’ lives are under control. In politics, one has no right to give one’s point of view. The only voices are those that praise the regime. There is no platform for giving ideas. When foreigners speak of Rwanda, they still feel that the country is developing, even without great freedom of expression. Now, the power does not only control what one thinks or says, but also what one does! If you have a business that works, the RPF wants to access your profits. It becomes a shareholder by force, by pressure, without buying shares, and obliges you to cede a percentage of your income …”

“This idea that Rwanda is a paradise for businessmen concerns more foreign operators than Rwandans. In agriculture, the same is true. The state goes so far as to say to the peasants what to cultivate. You can not be a journalist in Rwanda and tell the truth without dealing with the state and having to flee the country. Beyond freedom of expression, we also lack the freedom to undertake, think, realise our lives by simply being what we are as individuals.”

“The president is untouchable. I can criticise him, but at my own risk. So when I talk about the RPF and the state, I also refer to its chief in charge.”

“When I speak of freedom of expression, it is not a matter of holding divisive speeches. No ! The freedom that I claim is that of being able to question and criticise. The difference between Rwanda and all the other countries of the world is that we do not have the right to talk about our problems. How do you find solutions, from the moment the problems can not be named?” 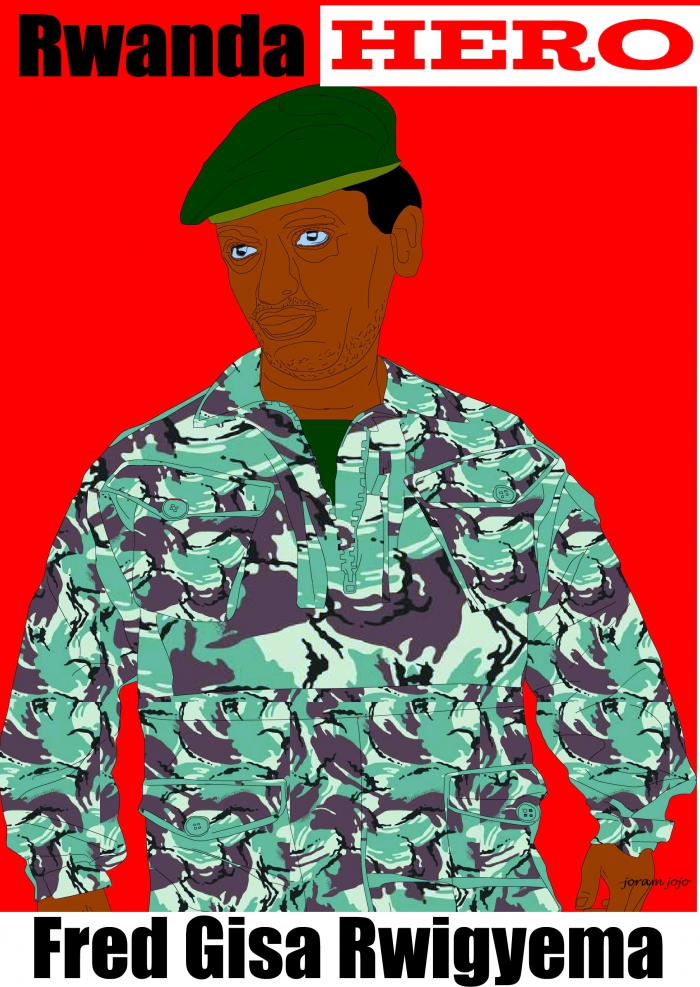 Regardless of the consequences, Its only courageous Rwandans that will be remembered in the history books for standing up to oppression. Having been the first RPF member to enter Rwanda in 1990, the above statements from Diane Rwigara reminds me of that time….and today her leadership can be comparable to that of Afande Fred Rwigema (RIP). and if he was alive today, he would have smiled and said..”Vijana tusonge“!

Next-time I’ll start serialising the RPF struggle…How it was built and why the 1990 invasion was based on false Intel.