The Uganda electorate rejected the Bobi Wine caliphate, after realising that he was a puppet for hire by every Tom, Dick, and Harry. Its not a secret, where Bobi Wine's allegiance has always been.

The Uganda electorate rejected the Bobi Wine caliphate, after realising that he was a puppet for hire by every Tom, Dick, and Harry. Its not a secret, where Bobi Wine's allegiance has always been. It's the Yoweri Museveni's dictatorship that trained and deployed Bobi Wine, to break up a formidable Uganda opposition. There's evidence of him calling for known regime human rights abusers, and criminals to be forgiven...he has also publicly said that he has no issue with Dictator Yoweri Museveni, and if ever elected to office, he would forgive him for any wrong doings. What Bobi Wine's promoters have failed to erase, is his career of dancing and singing Kareoke for the brutal Uganda security services. In fact, Bobi Wine used to sell drugs for the police.

The Bobi Wine Uganda handlers, happen to be members of Dictator Yoweri Museveni's family and inner circle. To deter a genuine people's uprising, they've  fooled the international community, that Bobi Wine is an alternative to the regime in Uganda. Thus, they've succeeded with, internationalising the Bobi Wine scam.  That's why gullible capitalist hyenas, have fallen for the Uganda regime Beit. Now you can understand, why the Bobi Wine scam is always peddled on western mainstream media. 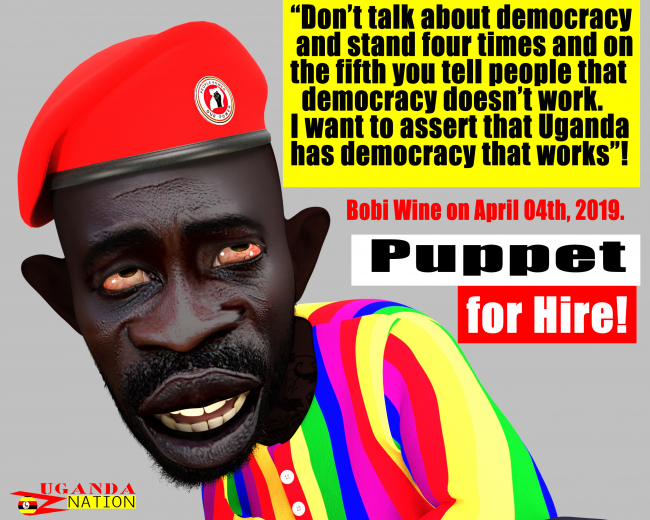 Bobi Wine a puppet for hire

After watching Bobi Wine, the puppet for every Tom, Dick, and Harry, interview on CNN, it became clear why Dictator Yoweri Museveni has ruled for all this long.

Not long ago Bobi wine was quoted saying, that there is democracy in Uganda and power can be transferred through elections. As he was answering Kizza Besigye by throwing a jibe at him-he was being told, that elections were no longer helpful in removing Dictator Yoweri Museveni. But as the saying goes, that they learnt nothing and forgot nothing. He now pretends to feel the same . 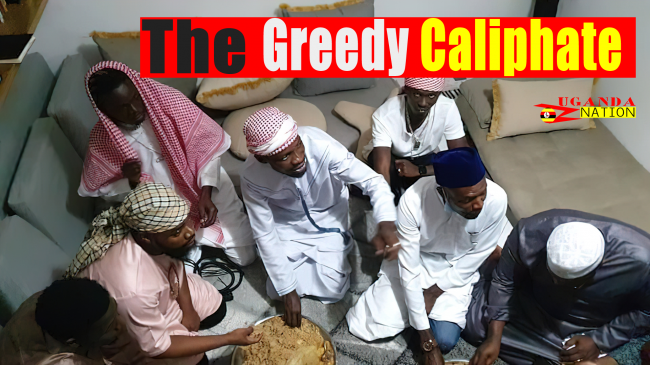 Having helped the Dictator to weaken the Uganda opposition and dividing Ugandans on grounds of tribalism and sectarianism, with the help of his backward bloggers followed by Facebook hooligans, mostly school dropouts working as maids in Arab countries ( migrant workers), he was rewarded with a V8 Armoured vehicle from the so called Dictator.

So who is fooling who??

While his close friends were rotting in Kitalya prison-until they were also freed on the mercy of the Dictator and promised 150 million shillings each .
So this goes to freedom fighters in Uganda, we need to think ahead of the Dictator not to fall into his traps with the likes of Bobi Wine, etc.

Let's be frank, even if Bobi Wine stood for president for another 100 times, apart from his tribe, the majority of Ugandans will never allow him to be president. They rather vote a dog than a puppet for hire by every Tom, Dick, and Harry.