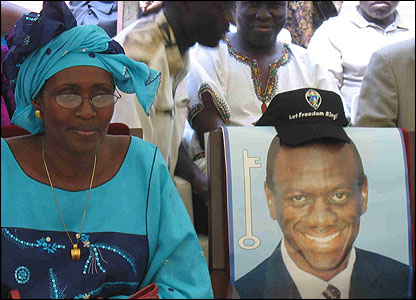 Museveni a coward – Byanyima
David Mafabi
PALLISA
Ms Winnie Byanyima, wife of detained FDC leader Kizza Besigye, has described President Yoweri Museveni as a coward who even fears his own shadow.
She has also accused the NRM leaders of being perennial liars and thieves. Byanyima was speaking at an FDC campaign here on Friday.

She said: “The ongoing intimidation, harassment and imprisonment of opposition members shows that Museveni is a coward who fears even his own shadow. How do you fear fighting a person whose hands are tied up? This shows that Museveni, on a politically level ground can’t compete favourably and take the day.”

Byanyima added: “This is a government of liars and thieves. For sure, how do you steal Global Fund money meant for fighting Malaria, TB and HIV/Aids at the expense of the patients for your own selfish interests? How do you go to Congo to protect Ugandans and plunder and loot?”
The cheering crowd kept shouting agende, agende (Let him – Museveni – go).

Bugweri MP Abdu Katuntu said whereas Museveni described him as poisonous mushroom, he (Katuntu), had discovered that “Museveni is like a jigger that is eating up Ugandans.” Katuntu urged Ugandans to get rid of him. He dismissed claims that Museveni is the only one who had a vision, adding that many Ugandans, including him [Katuntu] were more educated than Museveni - and better placed to lead thecountry.

The FDC chairman, Dr Sulaiman Kigundu, amused the crowd by remarking:
“It is finished, the man has gone Besigye like Kwame Nkrumah, Nelson Mandela and the late Jomo Kenyatta will come from jail and walk to state house.”