We don’t sacrifice our-time to write about Uganda Politicians because we’re radicals or hate people, but its our duty to inform Ugandans that might not have access to a different point of view or insight in the workings of the Uganda political Mafioso class.

Those that wanted to understand the psyche of Criminal Amama Mbabazi on the cheap, were fed with the most pathetic press conference of all-time. The press conference that was held by the Mbabazi camp, was designed to be subjective, but ended being an egoistical showcase of Amama Mbabazi stupidity. The disdain towards journalists by Amama Mbabazi left me wondering why the media fraternity even peddles him in their media?? When an interviewee shouts at the interviewer that they’re blocking the camera, then you begin wondering if the same person won’t assault journalists in the future.

The lack of humbleness at answering important questions that affect Ugandans also exposed Amama Mbabazi as a Con Man plotting to mooch off Ugandans. 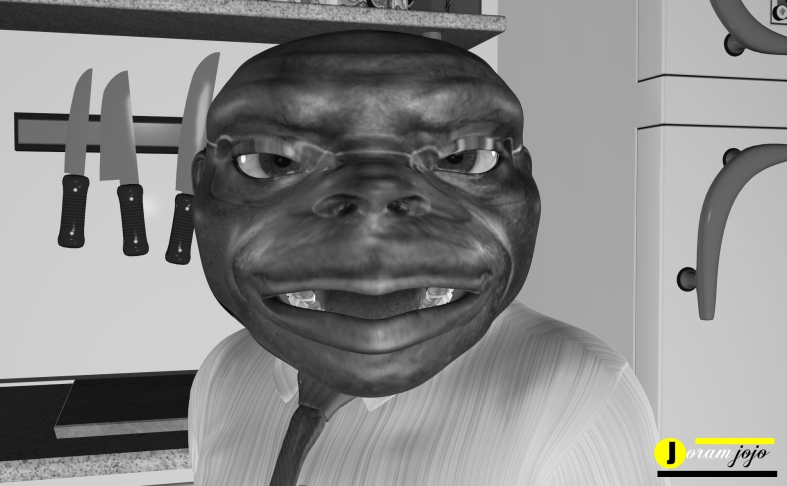 Fellow Compatriots, We don’t sacrifice our-time to write about Uganda Politicians because we’re radicals or hate people, but its our duty to inform Ugandans that might not have access to a different point of view or insight in the workings of the Uganda political Mafioso class.

The Main observation we made that day;

According to Amama Mbabazi’s Law, its okay to violate the laws within the National Resistance Movement Criminal Out-fit, as long as it benefits his family and extended camp of parasites to manipulate Ugandans into surrendering power to them.

What many Ugandans should Understand, is that Amama Mbabazi is among the most hated people in the Country and has blood of our people in his hands. When you see positive comments about him on social media, Please….Please…that does not even represent 0.1% of Ugandans, but his fellow parasites. The Amam Mbabazi creeps can be noisy,abusive,attention seekers, waste of space and of-course annoying.

The History of Uganda will record Amama Mbabazi as a notorious thief that would never give up stealing. Reminds me of a thief that was once arrested in Nakawa, Kampala. In-spite of the evidence/Exhibits(jerry-can of Waragi & a saucepan of cow hooves-Mwolokony), the thief started spewing political science about Mahhatima Ghandi and Nelson Mandela. In-fact the same thief had the nerve to demand a fag from a member of the public-Gwe Gundi, bili awo kuka fegi!! The Public bust into laughter….

In fact, what today Mbabazi should be doing, is to thank the police from stopping him to get to Mbale. The Youth in Mbale were prepared to clobber the thief and his daughter plus parasites. That’s why up to now,  I really don’t understand what kind of heartless father puts his family in such a danger. Believe, me Mob justice can be nasty. I still have doubts if the Mbabazi are indeed Bakiga, because their stupidity and greed is beyond…..

Later you saw his body language in preventative custody-still acting like a VIP that owns Uganda and Ugandans.

Now what should Ugandans expect from Amama Mbabazi and his camp of parasites?? Of course they’ll continue yapping like puppies on social media, they might set ablaze one of their property on fire and claim it was the karekezi boy(kale kayihura) that want’s to finish them off.

We might even be entertained to a new Expose in the workings of the Amama Mbabazi criminal out-fit, we should not forget that the Amama Mbabazi have been killing and robbing Ugandans since Idi Amin’s days. By the way, did you you know that it was Amama Mbabazi tha led a delegation from Kigezi to demand for Idi Amin Dada’s life presidency??

I will continue to say this over and over…again- Just like I warmed Ugandans in the early 1990’s that Yoweri Museveni is a dictator and hardcore Murderer. Please, don’t be fooled again into believing that its only; Yoweri Museveni, Kiza Besigye,Ken Lukyamuzi,Olara Ottunu,David Sejusa,Mao, Gilbert Bukenya,Winnie Byanyima, etc. that can rule Uganda and the rest of you can’t.

Uganda has over 6 million potential leaders with leadership skills that can transform Uganda into a modern dynamic and democratic country. Leadership is like any other skill, you learn from the job. So why would you want to entrust your future with people that have been around since the 1970’s and have failed miserably?? Mwana Muve Mukusumagila!!!