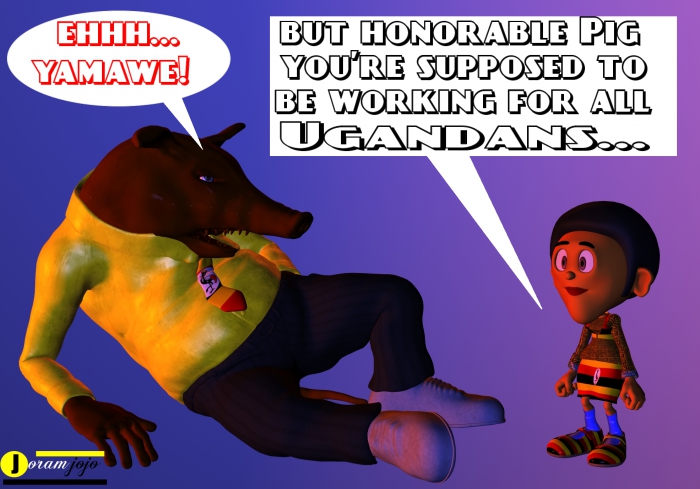 The lack of sustainable economic development in Uganda, has been due to Dictator Yoweri Museveni's backward leadership of micro management. When the leadership of a regime starts carrying pots of money around and dishing it out to buy support, immediately start organising to overthrow that regime. The main reason why Dictator Yoweri Museveni has been able to saw ignorance and backwardness in Uganda, is due to his Cunning,Vengeful and Paranoia mindset he holds towards Ugandans. 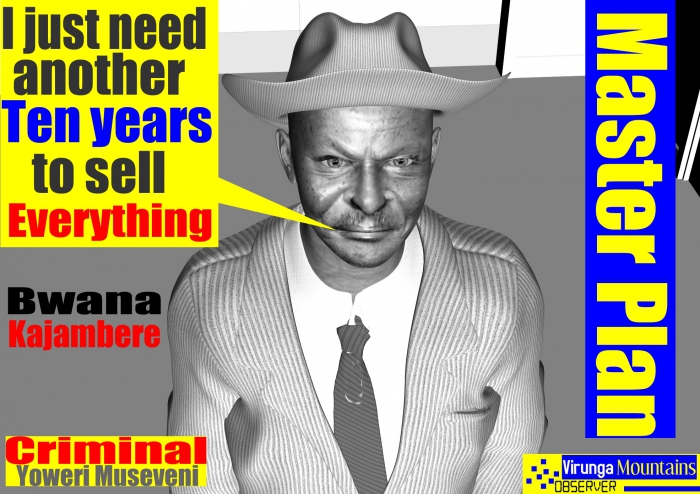 By nature,Yoweri Museveni is a parasite and the most flexible house Negro ever walked the face of the earth, that will always want to be the most closest to imperialism than any other Comprador (local agent), and he will always be on the look-out for any dirty towels and dishes of his master-he will recite tribal construed parables for his master as an endorsement of inferiority complex towards the white man. This type of stupidity is not genetically only in Yoweri Museveni, but  99% of the Uganda political class carry it. Their dream is not what to do for Ugandans, but what to do for imperialistic forces. If it means shedding their blood... they'll do it without even asking why?? 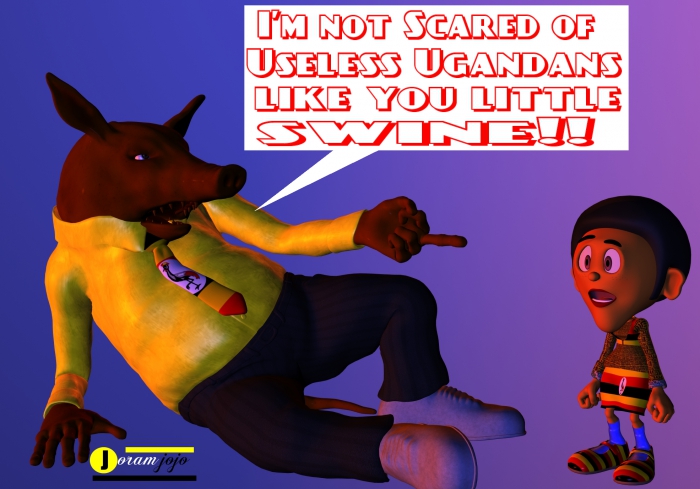 The main problem that Uganda faces today, is  not infrastructure but the lack of patriotic visionary leadership that can put their motherland first. All the people presenting themselves for leadership, are the same little imperialistic annals that will mercifully bend down to give imperialism the most sloppy blow job. 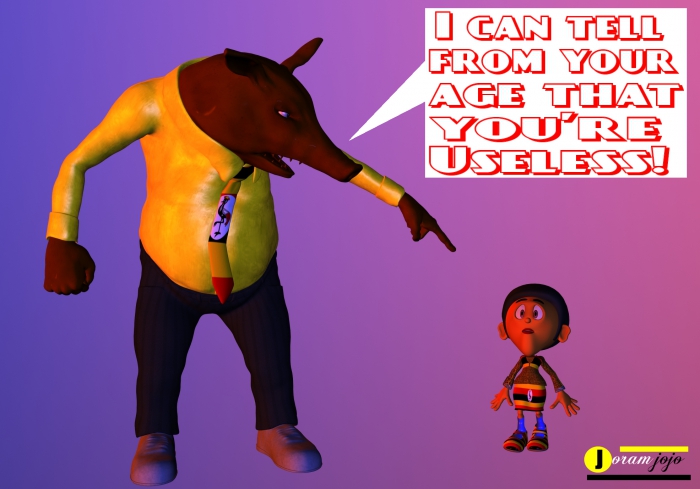 Its now been over twenty years, and it's still the same corrupt class of toads, fronting themselves to lead and exploit our people. Thus, enabling foreigners like criminal Yoweri Museveni to mercilessly destroy Uganda. How do you expect a politician that is scared to go and protest over Dictator Yoweri Museveni's presence in London,Rome,New York, and Texas to  come and liberate Ugandans,Uh?

The youth of Uganda should stop looking outside for their liberation-as the people you expect to come to your rescue, mainly from diaspora(Europe & North America) are; cowards,opportunistic,disorganised,discriminative ,and politically bankrupt. The Only people that have the capacity to do something, are in Africa and among you. 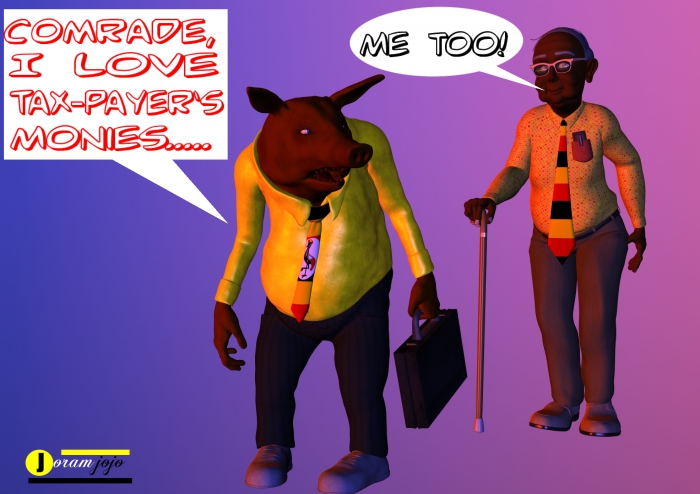 The way the Ugandan youth have been robed off their future by the thieving political class, is very treacherous. When the youth demand their right to employment, instead they're brutalised by those that are supposed to take care of them. 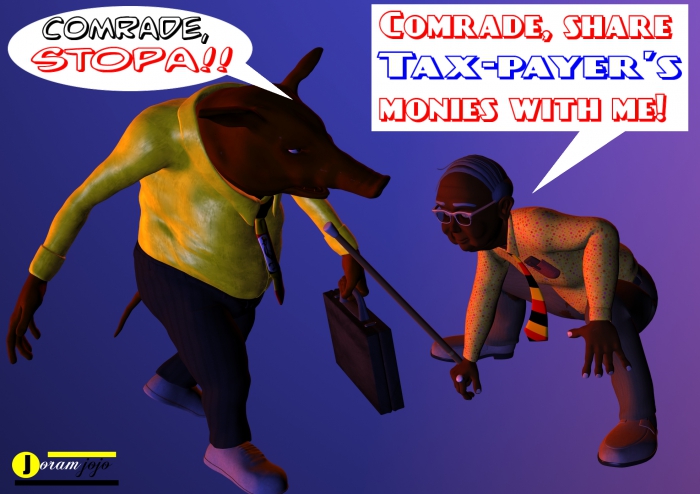 The outright theft of Uganda by the political class, can be attributed to Capitalism greed-the needs of society are delegated by profiteers. Thus, investing in the people becomes a thing of the past and a taboo. 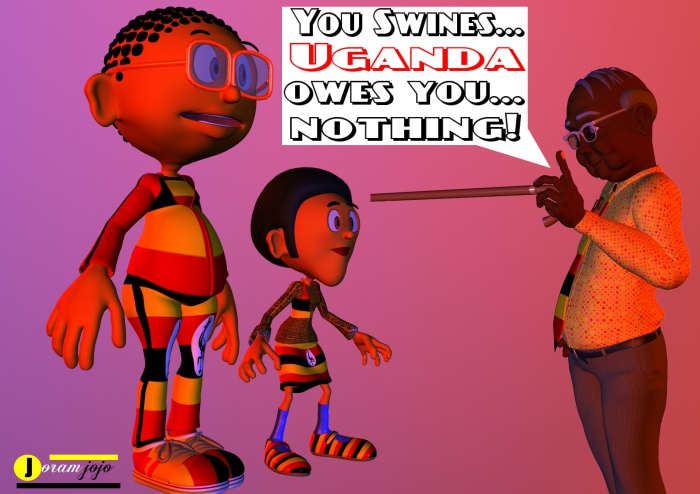 The Ugandan youth should wakeup and stop blindly following  those individuals that want to rule them without articulating their visions -the way things stand, Ugandans have instead become followers(abalebesi) of personalities- hoping that they'll bring them the change they desire.Thus when those individuals get into power they abuse it, and nothing changes for the better but even more worse. 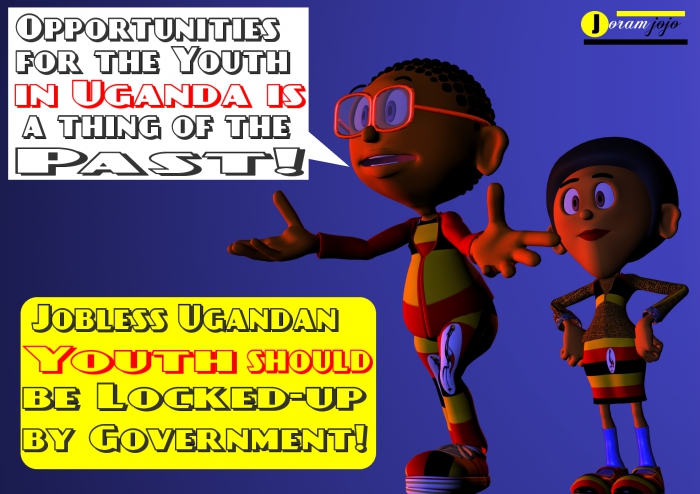 The only way out for the Youth of Uganda, is to look beyond individuals and start looking at social ideologies. If a Political organisation fails to  articulate its vision and offer an alternative political ideology without copying and pasting stuff from the public domain, just keep away.....

The way I see and understand Uganda, a Leftist Market economy model will be able to rebuild Uganda and also create janta(jobs) for the ever growing unemployed young generation-capitalistic Market economy will never work when 80% of the population have no spending power.