Fellow Compatriots, just think of the number of powerful people from Kigezi region that are squatting in Kampala indulging themselves in Kachabali and behaving like they’re the most civilised/Sophisticated, caring, extrovert, high morels, etc. 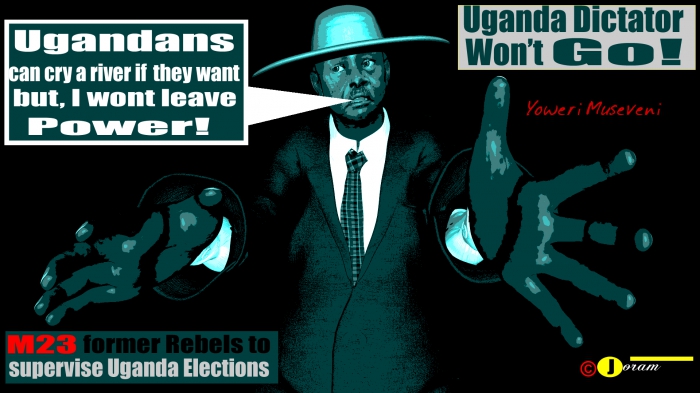 Today the future of Ugandans is being decided for the youth, by the NRM criminal out-fit and its band of political left-overs, and parasites. We continue to witness the training and arming of  various extremists, by NRM functionaries to maim and Kill other Ugandans. The illegal activities being carried out, by criminal Yoweri Museveni’s senior  interahamwe, Major Kakoza Mutale- is a clear sign that the blood sucking regime will never entertain popular democracy. However, that’s just part of the story as the notorious criminal out-fit of Congo, the M23, has been integrated in the Uganda para-military police as a special crack unit that can be deployed anytime and anywhere in Uganda. 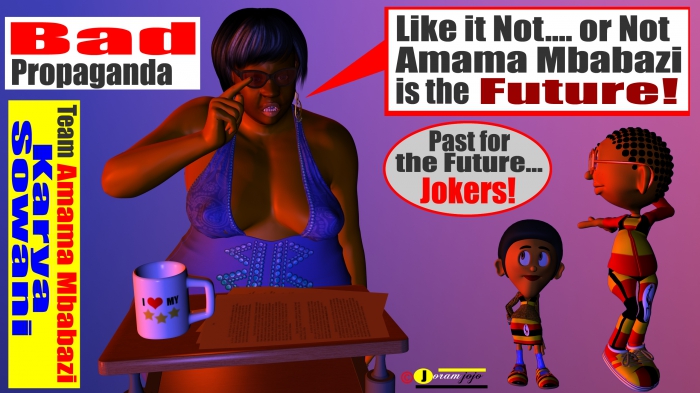 The criminal activities being plotted against Ugandans by criminal Yoweri Museveni and his mercenaries, have not caused public outrage by the political class, as they’ve lost the voice of reason that cares about their fellow Ugandans. Instead, the political class, now has voices of self that advocates for individuals and not society at large. 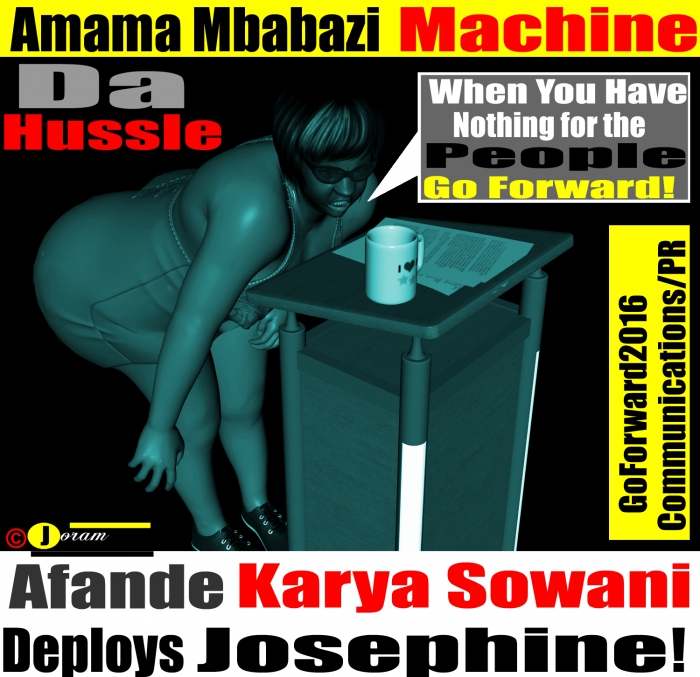 Its now the norm for thieves, rapists, murderers, Pedophiles, etc. to manipulate society by using the services of professional liars (PR firms), and Consultation meetings to sanitize their criminal tendencies.  That’s why we have a failed state called Uganda that  has not even achieved the break-even-like in business, imagine for 30 years a business not achieving the break-even point?? Of course it’ll be a failed business. So why not a country, and why’are we still promoting the likes of Amama Mbabazi, Yoweri Museveni, etc. to run the same business for more years? Our country deserves better , and not hustlers riding on backs of communication directors such as; Josephine Mayanja-Nkangi, mirundi,etc. and behaving like born-again. toads. 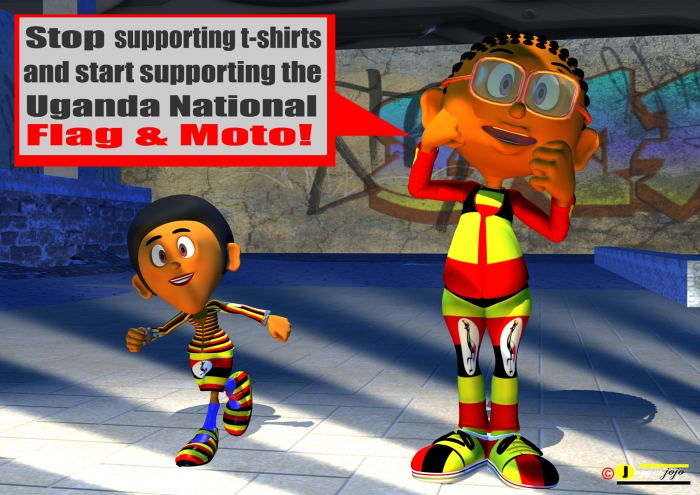 Fellow Compatriots, when did t-shirts with portraits of criminals ever replace the national flag of a people? We seem to have gone back to the stone age when we didn’t have an identity, but statues and wampums. By wearing t-shirts of known criminals and turning them into cult figures, is a free-fall to backwardness-worshiping individuals with no programs to transform society for the better, demeans Ugandans as a people.

When you superficially raise a status of someone into what they’re not and will never be, then that person is bound to start behaving and believing that indeed, they’re some little voodoo god/goddess. We see it everyday in Africa when useless individuals , without a development program for the masses, are misled into becoming president by both imperialistic forces and compradors (local agents)-the results have been the destruction and tearing apart of communities. 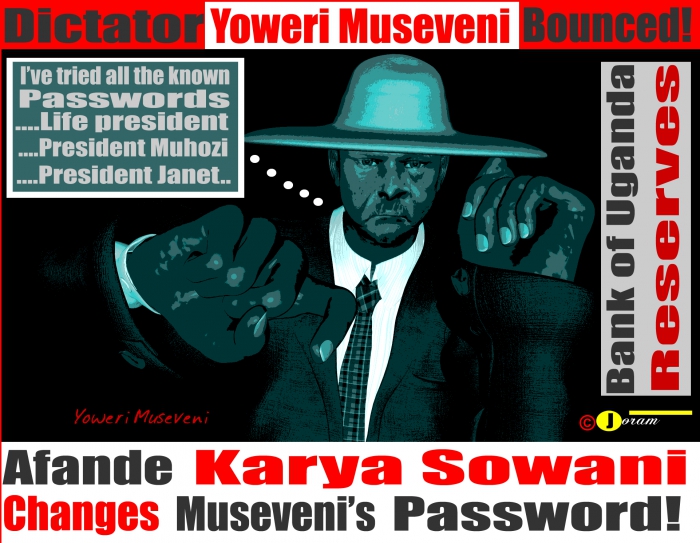 When you look around the political landscape of Uganda, you’ll be left in tears by what the so called brainy individual say and do. Without doubt, the architects of corruption and gross human rights abuses in Uganda, tend to be Academia graduates, with great grades. However, they lack conscience and commonsense. When a deputy speaker of parliament compares a known hardcore criminal, like Criminal  Yoweri Museveni to Prophet Jesus(Peace be Upon Him) ,then you begin to understand that holders of Degrees, and Diplomas, after-all they’re not that intelligent, but mere academic crammers . That’s why you’ll find them lacking original ideas for themselves, and have instead turned into professional copycats of other people’s ideas and work. 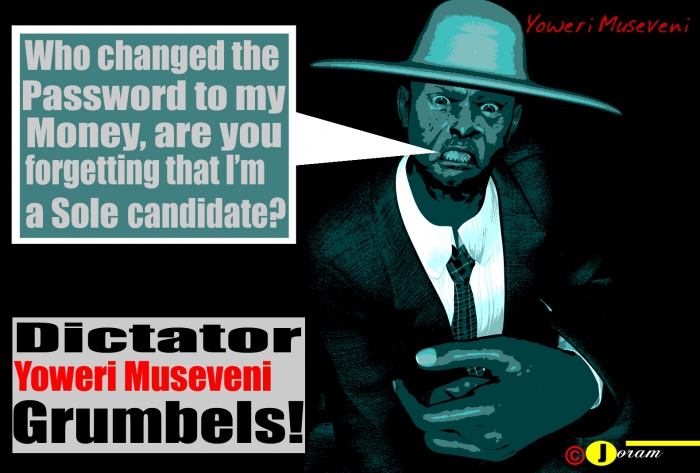 Fellow Compatriots, the murderers of our people have now become political consuls and heros to holders of colonial education. As long as the learned but not intelligent, continue to embrace known criminals for their selfish causes, then Uganda will continue to bleed. The self made prophets will continue to take our people around in endless circles of lies. 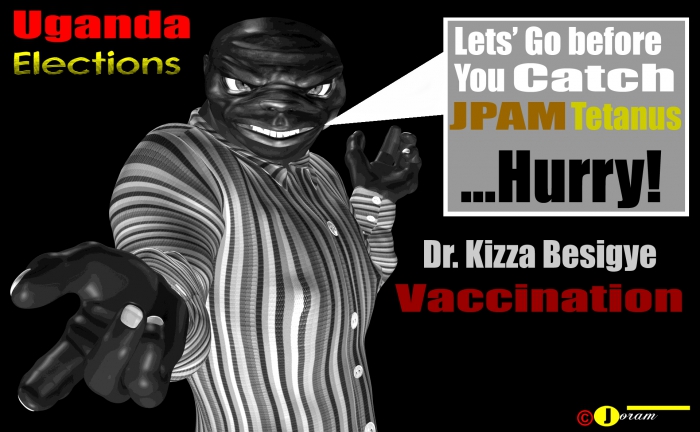 The culture of following individuals and not national programs, will continue to isolate power from the people, and instead turn political power into an exclusive entity of a few as is the case today-were power is not equally distributed in all regions and at all  levels. That’s why we continue to have no diverse political actors and structures at grassroots level, because the political narrative has been distorted to suit the criminal class that came from Luwero triangle. 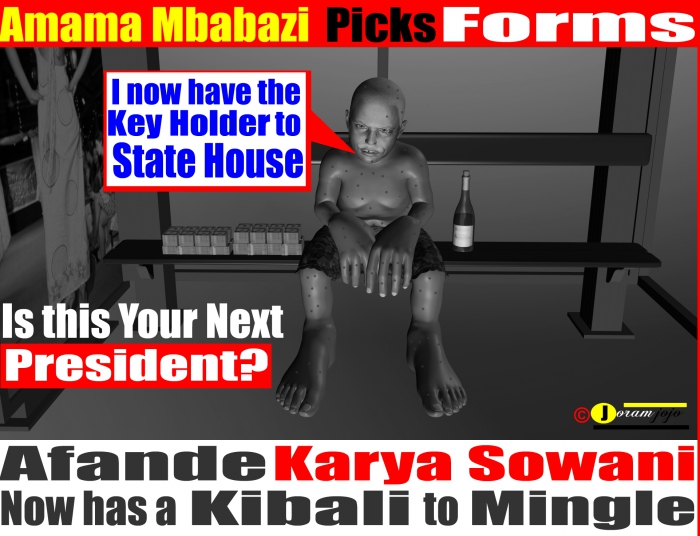 If you look at Criminal Amama Mbabazi’s 8 point program, you’ll realise that its a  Paper meant to fill gaps in his manifesto, but not cause change on the ground. Let’s consider point 3 “Promoting equitable development where all communities and all regions of the country equally benefit from decisions made by the government.”

Fellow Compatriots, just think of the number of powerful people from Kigezi region that are squatting in Kampala indulging themselves in Kachabali and behaving like they’re the most civilised/Sophisticated, caring, extrovert, high morels, etc.

You see them living in mansions,Quaffing the best a kitchen can offer, Crashing & Snoring like pregnant frogs in parliament, Chronically accusing Baganda as being sectarian, occupying most juicy jobs, etc. While in their home area, leaves the most abused and deprived people on planet earth, the Batwa. No…no, I want you to imagine of powerful people from these districts; Kisoro,Kabale,Rukunjiri, and Kanungu that are either in opposition or government. How many times have you heard them mention the Batwa plight? Of course Zero!

Today, the Batwa have found themselves refugees in their own country since 1991, after being forcefully evicted from their homes in Bwindi Impenetrable Forest, and unable to sustain their livelihoods and culture-Many Batwa  now live in abject poverty. How could this have happened with all the powerful people from the area in high level offices??

The living conditions of Batwa are very appalling that you wouldn’t even wish your dog to live that way. Its only Batwa that use their hands as plates for food, lack access to medical facilities, lack proper habitable homes, lack representation on the Uganda political landscape, lack education, lack clean water, lack legitimacy of citizen rights, etc. I could go..on and on….

The forceful displacement of Batwa is not only in Bwindi, but anything called a forest with no compensation. As Amama Mbabazi and Yoweri Museveni’s gunmen were chasing and shooting at them, now most leave along Uganda /Congo border, a good number found themselves in Congo RDC .

Their plight makes my stomach hurt, as a good number of them ended up living in No man’s land along Uganda/DRC borders. With Criminal Museveni and Criminal Paul Kagame’s genocidal wars in Congo, many were butchered in cold blood.

Now, where has Amama Mbabazi been for the last 30 years. not in government and at one point, not  heading it??

The problem with Uganda politicians, is being useless to the people they claim to represent-just imagine kigezi has three presidential wannabes. If Kiza Besigye, Amama Mbabazi, and Mugisha Muntu can’t feel the pain of the Batwa, then how do you expect them, to ever feel the pain of Ugandans?? How pathetic, that these fellas go around bragging to Ugandans that they’re Freedom fighters, while their own people lack even the basic rights?? 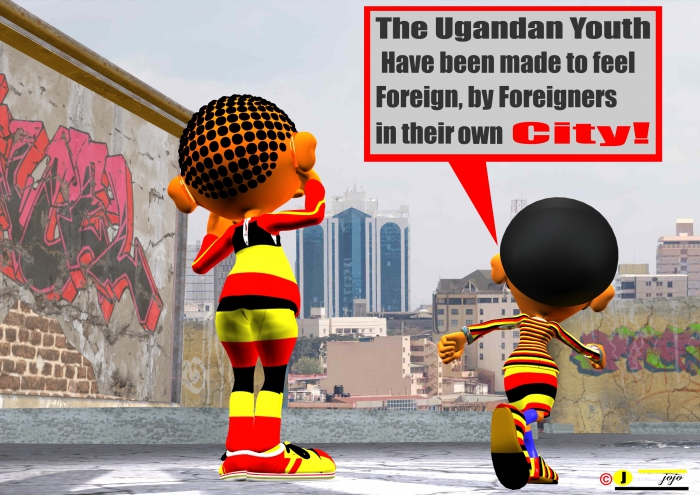 Fellow Compatriots,  Our parents didn't send us to school to just read and write, but to be useful in society. Thus, not to be mere bookworms but develop our commonsense and conscious. The institutionalised discrimination against the Batwa, has now been shifted to other communities and demography.

That’s why its imperative to get rid of Criminal Yoweri museveni and his Luwero Triangle buddies. However, our desperation should not make us go in bed with known criminals and their band of collaborators.