The economical and social malaise in Uganda are the faults of the Rwandan Migrant turned Uganda President, Yoweri Museveni. The destruction of Uganda economic power house and the fragmentation of Ugandan society into tribal enclaves that have more powers than Members of parliament-the working class here, the middle class there, and the bourgeoisie here.These are deeply ingrained concepts that have bee used to divide the Uganda nation by Criminal Yoweri Museveni and his collaborators both local and international 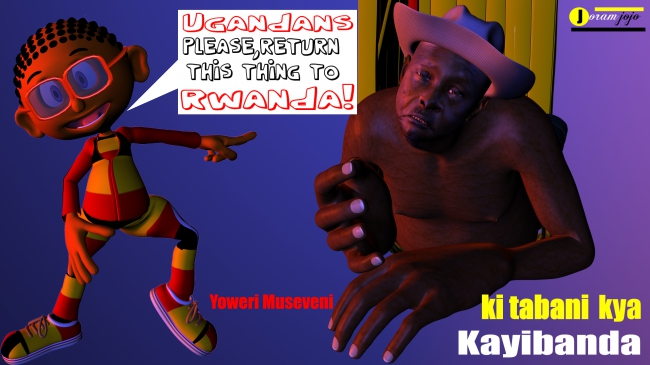 However in reality there’s no working class, but jobless mass of Ugandans and a parasitic class that appoints the middle class. Thus, they can allocate chunks of lands to themselves and any crook claiming to be an investor- regardless of any background in development, because the authors of such decisions happens to be the same parasitic gang of relatives such as ; Sam Kutesa, Salim Saleh, Janet Kataha,Bright Rwamirama, Amelia Kyambadde, Jovia Saleh, Susan Muhwezi, etc. they’re the main cause why Uganda’s infrastructure has not been developed, because they lack nationalistic tendencies towards Uganda, but patronage tendencies towards Museveni and his Rwandan origins. 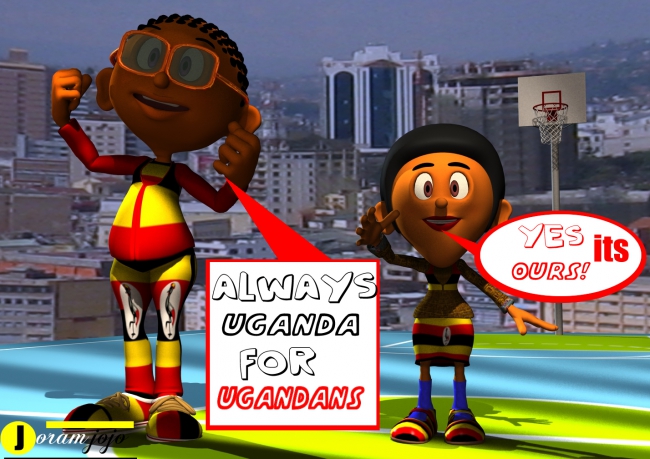 Unlike true Ugandans that understand what development means, the Museveni’s lot when they got to Kampala after butchering innocent Ugandans in Luwero, they were  hypnotised by the civility of Ugandans and a few buildings “Ayaaaa..twatuka ikampara…..yayaaaa Kamparaaaaa!” (Wow…. we got to kampala(raaaa)) 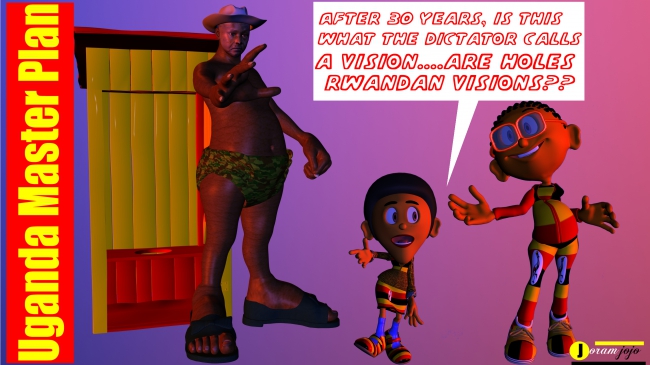 Now you can understand why after 30 years, nothing has been built due to Kamparaaaa hypnosis… and War Criminal, Gen.Salim Saleh’s Stanbic Bank, has no problem swindling hard earned money sent to Kampala by Ugandans in diaspora, because its their Kamparaaaaaaaaaaaaaaaaaa! 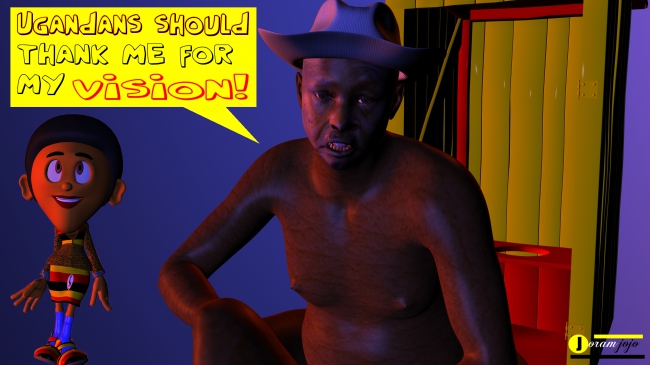 How was it possible that some undistinguished Rwandese became one of the most powerful and infamous criminal in the history of contemporary Uganda?? 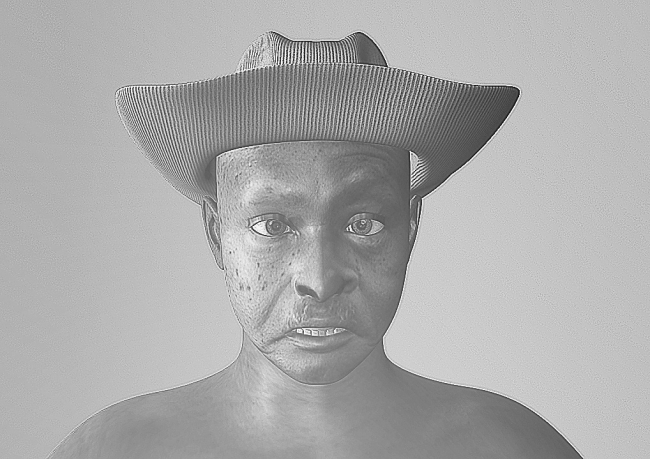 If it wasn’t’ for the overthrow of Obote by Amin-without that epic event, Yoweri Museveni would almost certainly have remained in Obote’s security service and be unknown to the sad history of Uganda and the great-lakes of Africa. Which is not to say that he was a blank canvas as already he believed in certain political principals of violence, such as smashing people’s heads (Kafuuni) with a miniture hole. The same gruesome methodology would be used in Rwanda and Congo. 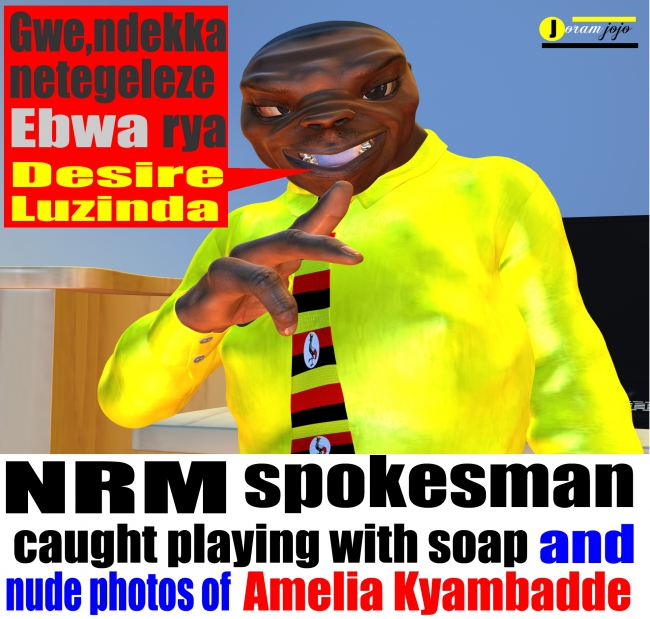 There’s a saying that ” Eyyaloga Uganda,yali tayambadde n’empale (whoever cursed Uganda, had no panties on). How can a Munyarwanda take your state house,sell your oil without consulting you, flog you on streets, murder you in thousands,lock you up,etc and still proudly walk the streets boasting that UGANDAN FOREVER...Uh? Nationalistic revolutionaries don’t see it that way, we should all agree that Uganda is now a Colony of Rwanda!!!!!!!!!!!!!! 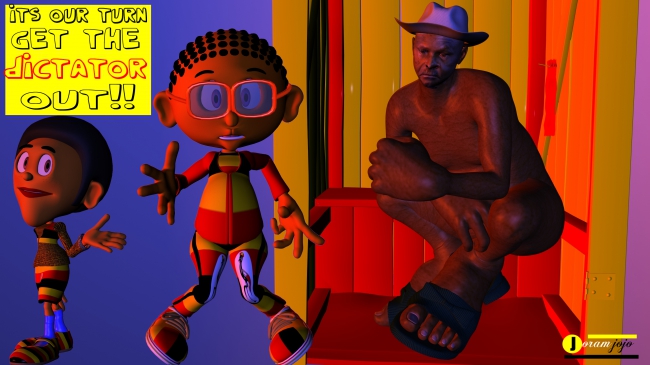 We need to understand that Yoweri Museveni is a super reactionary puppet of neocolonialism, that behaves like a tired stray dog always looking for a master-thus,he represents all the ills that have brought Africa down to its knees. Ask yourselves, why are Ugandans killing Sudanese,Congolese,etc. 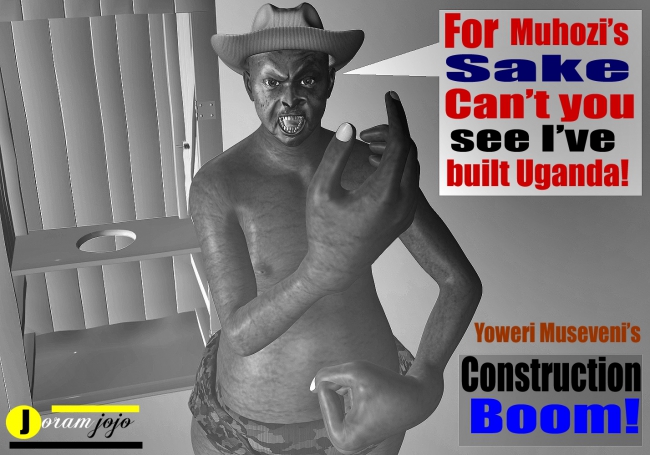