If Rwanda Held Free and Fair Elections, Diane Rwigara would win by 74.25% of the total Votes. This polling was done by Rwanda Defence Forces in every platoon without the knowledge of their Commander & senior Officers!!

The one thing that Rwandans don’t know about their Rwanda Leadership, is the addiction to gambling. Its not today that Pilato aka Paul Kagame has started gambling, his addiction goes way back to the time when he was a vagabond in Kampala, before escaping from his debtors to the bush to seek sanctuary with Yoweri Museveni’s militia. Of-course he never did any fighting but spent most of the time riding a bicycle, playing Matatu/Karata/cyanisi(east africa game card)and executing people. 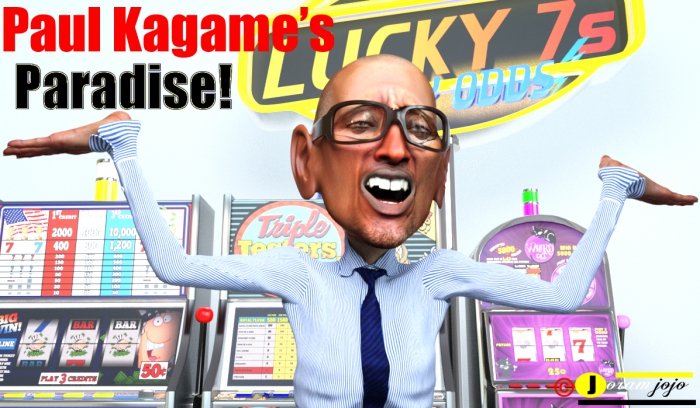 You would have thought that, he had learnt a lesson, but wapi…Paul Kagame still loves betting money on anything from racing dogs,football matches, financial markets, the weather, etc,.

Now, some Rwandans might be wondering why are we concerned with Kagame’s gambling habit?? Of-course, its our business  to expose that serial gambler as the stakes have gone up in his gambling addiction.

We’re not talking about his money, but Rwanda tax payers monies and big…time money. We’ve heard Rwandan mainstream politicians whining on their blogs that, Paul Kagame spends most of the time-globe trotting and the transport coasts are enormous… of-course they’re. But, have they even bothered to find out why the little fuck is always out of Rwanda?? of-course not.

The travels the little fuck makes most of the time, are to go and play Blackjack with crooked capitalists.  Here we’re not talking of  mere thousands.. but  Bets in millions. Of-course, most of the crooked capitalists have been in the game for years, and Paul Kagame is just playing catch up game. Our Intel confirms criminal Paul Kagame attending several casinos in the USA between January and March this year(2017).

For those that might think or confuse Blackjack with a drink(whisky);

Blackjack is a popular American casino game, now found throughout the world. It is a banking game in which the aim of the player is to achieve a hand whose points total nearer to 21 than the banker’s hand, but without exceeding 21. 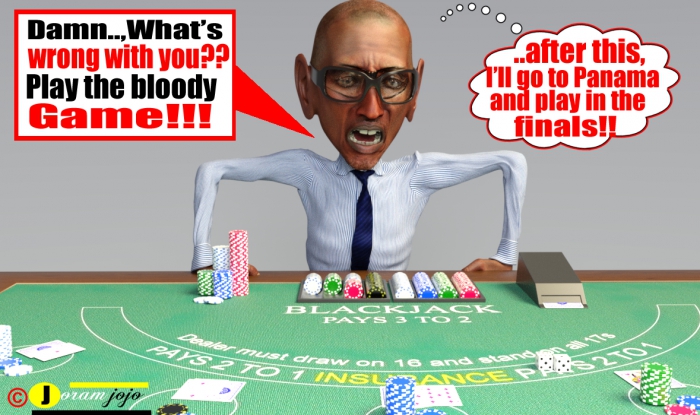 In Nevada casinos the game is generally known 21 rather than Blackjack, and the holding of an ace with a 10-point card is called a “natural”.

The gambling addiction of Paul Kagame can be witnessed at the way the Rwanda economy is run-just like the way Blackjack is played, competition is only limited between two people. Now you might not know this,  but a scumbag like Warren buffet who claims to be filthy rich and has invested lots of money in Pakagme, did not make money by manufacturing,selling things,etc, but gambling in stocks.

Of late, Warren Buffet has developed a test in airlines gambling (stocks)…and has put loads(Bet) of money in them. Of-course this might sound irrelevant to some people, but have they even bothered to ask themselves why Paul Kagame is spending money on air crafts that make a loss-they’re not even bought, but loaned and someone is milking Rwandans as those deals just like in poker, have been made using a back hand.

In part 2 We discuss why the Rwanda liquids assets are zero, and why the Bond market gamble is a catastrophe for Rwandans for many years to come