The Paul Kagame brand has expired and what the Rwandan people are left with, is a bad stench. Today Paul Kagame does not have a legitimate mandate from the hearts of Rwandans, but a coerced populace that has been twisted by a brutal regime to surrender their mandate to Dictator Paul Kagame. The Rwandan populace has found a new hope in the leadership of Diane Rwigara aka Shima, as she represents the oppressed voiceless of Rwanda. Thus, she's the New Rwanda light that will guide the oppressed out of darkness. 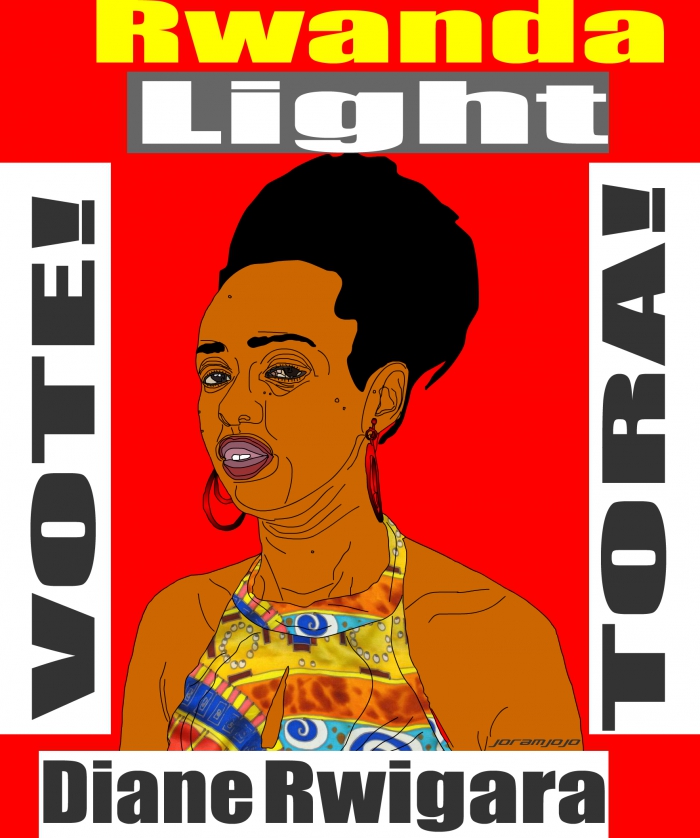 We all know that the Rwanda elections were rigged the day the constitution was raped by Paul Kagame and his RPF gang. However, depending on what you want to hear coming from dictator Paul Kagame’s mouth, one is left with no choice, but sympathy for the little fuck. When the same lie, is told over and over again…..What do you do? You just seat back and laugh or cheer the dictator.

That’s exactly what’s happening in Rwanda, as everything is a big lie and the lie has now become so bad, that it has become an embarrassment whenever its peddled. When you talk to most Rwandans and ask them what they think of the wannabe Emperor of Rwanda? “We just pity him”. Is the answer you get across Rwanda.

What is very easy in Rwanda, is the flow of information(Rwandans by nature like gossiping) and Rwandans know exactly what has been going on for the last twenty two years. Its only extremist Intore (RPF militia wing) that don’t want to live in reality, and are living in self denial.Of course, not everyone receives and takes in information the same-way. To some people, it can take a minimum of three years to understand a particular piece of information, This is mainly caused by weak instincts certain people tend to have acquired over a period of time, through subjugation and  trauma-thus, people with trauma tend to take long to differentiate the truth from propaganda because oppressive systems are good at grooming their victims. Just like in any abusive relationship, the abused tend to take ages to understand their plight.

The Fake elections that Criminal Paul Kagame has imposed on Rwandans, as if they’re very stupid and can’t tell between what is a democratic and  undemocratic electoral process, just shows you how Paul Kagame has lost the mandate to lead the Rwandan Masses, but his fellow criminals in Rwanda Patriotic Front(RPF). However, we should not blame RPF as an organisation because it died long-time ago, instead what we have masquerading, in place today as a Popular People’s movement, is something between a Drug Cartel and a  Cambodian-Khmer Rouge regime. That’s why to them the killing of innocent people, is like ironing a shirt.

The Bizarre situation that Rwandans find themselves-in, is one that should not be left to Paul Kagame to exploit, but use it as an opportunity to prepare for the final struggle. Let’s see it, as another phase in the struggle that we should learn from.

One does not need a college diploma to see how very weak the Once mighty Rwanda Patriotic Front has pathetically become. When the youth voluntary decide to follow the wind of change, then you come to understand how the current system, that  they’ve been following, is indeed fake and broken. Thus,regardless of phoney stage managed TV shows, you can’t stop the youth from supporting Diane Rwigara, as she represents their aspirations and she’s one of them.